Dacia Mioveni – Apolodor performed the demolition by implosion for the Administrative Building on the Dacia platform, Saturday , February 14, 2008, at 15:00 pm.

The building, consisting of 10 levels (Ug + Gf + 8F) and with a ground
footprint of 960 sqm, is only 3 meters from the connection building with
the new administrative one. The old pavilion had to be demolished so
that the nearby building (connected to power, water, gas, and fully
functional) would not be damaged.

Following the controlled implosion, for which a quantity of 90 kg of explosive was used, the building tilted at 30° in the direction of the P3 car parking, so that, although they were very close, the connecting body and the new administrative building were not affected at all.

At a distance of 2 meters from the place where the building fell, there was also a functioning sewage, which also remained intact after the pavilion’s contact with the ground.

All the material resulted from the demolished building was collected in the pit executed prior to the implosion, which was 20 meters wide and surrounded by an earth dam, having the role of stopping the shock waves.
No damage was reported whatsoever (no broken windows of the surrounding buildings), and the photos showed that even the lighting poles at 2 meters distance remained untouched. 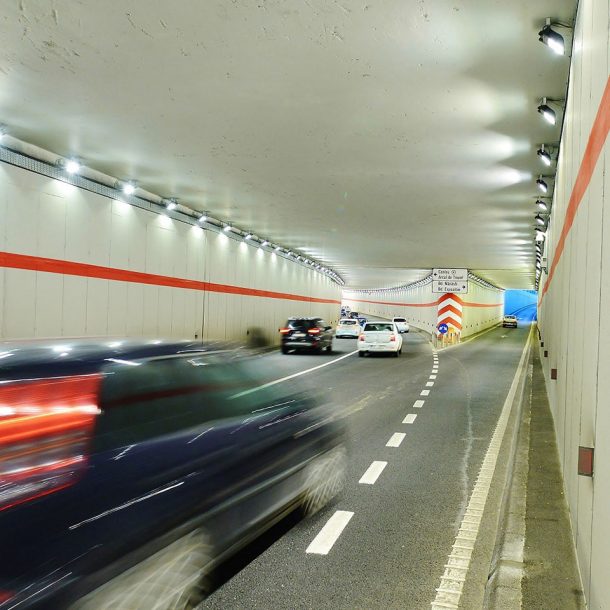